At this point I assume you have a fully built, functioning Apache Mesos distribution on your laptop, residing in:

Start by installing XCode and the Command Line Tools via Apple's AppStore. This will take a while, so relax and go grab a coffee or something.

Then, you'llneed to install homebrew, if you haven't already done so. Run which brew and see what comes up. Then, the autotools:

Note: you might need to install Python 3 as it doesn't come by default in Yosemite. While you're at it, you may also want to also install Google Test; this is optional: the Mesos distribution brings along its own copy of gtest and will use that on to test itself – make check.

At this point you should be ready to build and test Apache Mesos:

Note: I've disabled building the Python and Java extensions as this speeds up compilation significantly. Not to mention other gory details around getting Maven setup and other Java-specific stuff (another day, another post ;).

Setup your Project in Eclipse

All going well, you should now be ready to set up Apache Mesos in Eclipse. I based the following instructions on what my colleague Bernd shared on Stack Overflow:

If you want to build the Java components, add the following to C/C++ Build/Environment:

Above assumes you have installed Maven via brew – adjust as appropriate for your environment.

Finally, configure the C++ indexer: Eclipse → Preferences → C/C++ → Indexer: make sure "Enable indexer" is checked; "Index source files not included in the build" and "Index unused headers" must be checked; and, optionally, both "Automatically update the index" and "Update index immediately after file-save" should be checked. Also, give its cache plenty of RAM (e.g., 640MB).

Now for the fun part: you must configure a bunch of symbolic links to point from /usr/local/include to the right places. Make sure you have the following entries in your include path (actual path will vary on your system):

and create the following symbolic links from /usr/local/include to these targes:

After you do that, click Ok, you should expand the "Includes" node in the Project tree and see something similar to the one shown above.

All going well, you should now be able to Build the project (hit the "hammer" icon) and see autotools progress in the Console view (make sure to select CDT Global Build Console from the dropdown in the Console View's terminal icon.

Create a new "Hello World" C++ Project, make sure to select the "OSX GCC Toolchain" and then repeat the same steps above to add /usr/local/include to the "Includes" directories; you will then have to add libmesos.la to the libraries for your linker to pick up: 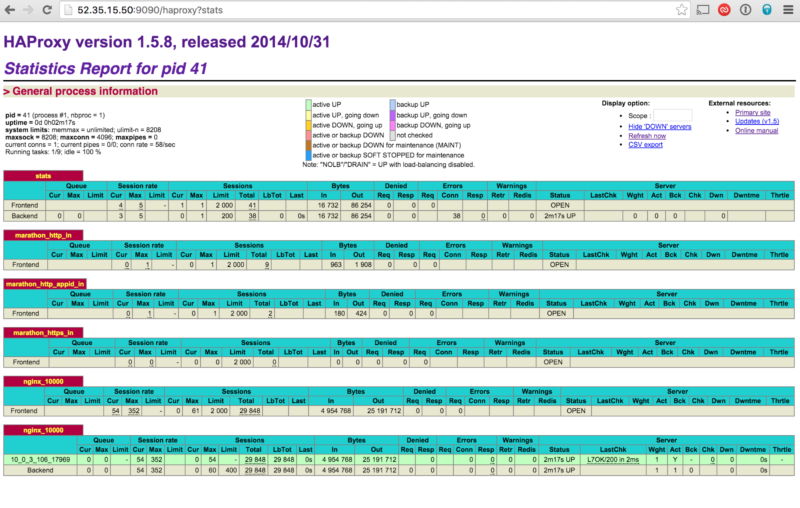 If you have a Unittests configuration, you can add gtest (libgtest.a), too.

At this point, the "framework" project can successfully include from <mesos/executor.hpp> and do something like:

without causing any syntax errors.

If you want to try a simple example, you can git clone my sample mongo_fw project like so:

This should build against the just-built libmesos.la, and then you can execute (once you have Master/Slave up and running) with:

Make sure you have a working MongoDB Server installed and that you update the location of the configuration file.

Last but not least, beware of Eclipse configuring the toolchain to be the "Cross gcc" (instead of OSX gcc) – it won't build the binaries; see here for more details.